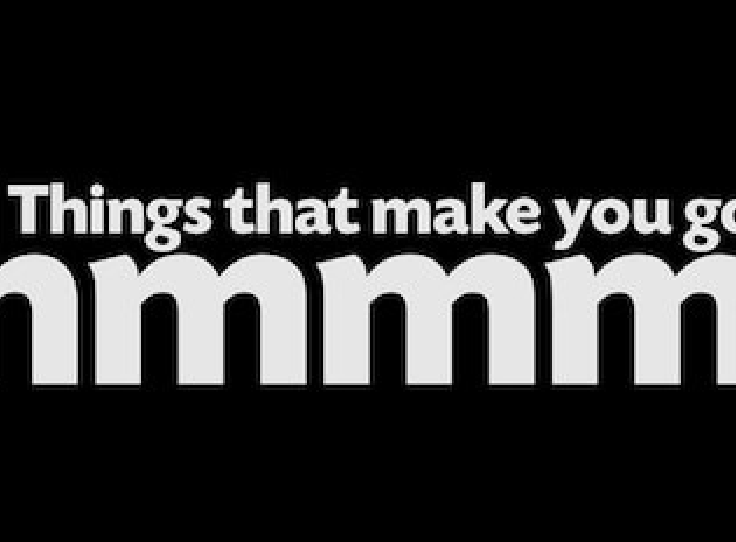 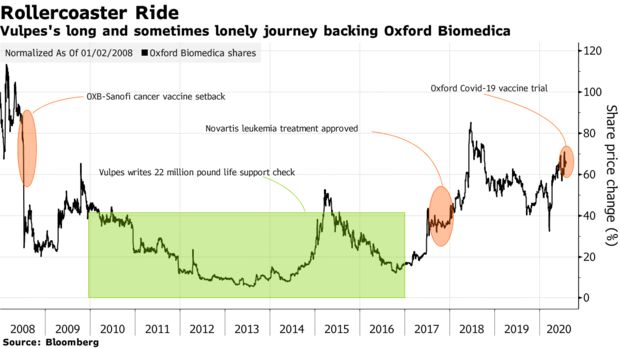 Stephen Diggle’s conviction in unpopular volatility trades helped him mint money during the 2008 financial crisis. The former hedge fund manager’s patience is now paying off again, this time with a biotechnology firm that could play a key role in combating Covid-19.

Diggle’s family office, Vulpes Investment Management Pte, is the largest shareholder in Oxford Biomedica Plc. While few had heard of the gene and cell therapy company before 2020, its stock has been given an extra boost since joining a consortium to produce the University of Oxford’s experimental coronavirus vaccine.

Vulpes Investment’s 14% interest in London-listed Oxford Biomedica is now worth 94 million pounds ($123 million). That’s small change compared to the $2.5 billion Diggle made in the 2008 crash, but not a bad return on an investment of around 22 million pounds made over a seven-year period.

“We were convinced Oxford Biomedica is a tremendous company that would succeed,” Diggle said in a telephone interview from Yorkshire, where he’s staying for a few days before decamping to his farmhouse in Umbria. “But we were virtually alone in the view. Of course, you couldn’t help but question your judgment.”

It’s the same sort of unease Diggle said he felt in 2006 and 2007 when Artradis Fund Management Pte, the Singapore-based hedge fund firm he co-founded, had a lot riding on volatility spiking.

Diggle and his older brother Martin, who sits on Oxford Biomedica’s board, took an interest in fledgling life-sciences firms after becoming concerned that innovative companies in the U.K. were starved of cash. Both attended the University of Oxford and came to know about Oxford Biomedica, founded by husband and wife team Alan and Susan Kingsman, through some academic contacts.

In 2000, the brothers made their first, modest investment in Oxford Biomedica. At the time, Oxford Biomedica was losing money but Diggle liked the company’s team and thought its gene therapy approach to finding a cure for cancer was potentially groundbreaking. He also figured the firm was undervalued relative to its U.S. peers.

The family office then wrote multimillion dollar checks between 2010 and 2016. Even by the standards of biotech investments, it was a gamble. Oxford Biomedica had gone public in December 1996 and has booked annual losses in every year bar one. Its stock had collapsed after a cancer vaccine it was developing with Sanofi-Aventis SA suffered a major setback.

Vulpes had tried to raise outside money for its life-sciences fund, which holds most of its Oxford Biomedica stake. But investors, even those who had profited handsomely from Artradis, weren’t interested. In the end, most of the capital came from the Diggle family, along with some friends and business partners.

The only other firm of note that has stood by Oxford Biomedica for as long is M&G Plc, the investment-management arm spun out of insurer Prudential Plc.

Rock bottom came in late 2013. Vulpes’s stake had risen to 28% (it’s been diluted over the years as other investors have come in), a touch below the 30% threshold where U.K. rules would require it to make an offer for the entire company. A full takeover was something the family office couldn’t afford, but Oxford Biomedica was desperately short of money. Vulpes extended a 5 million pound loan facility.

“We were still convinced the science was incredibly strong,” Diggle said. “But no one in the U.K. could see it, apart from M&G.”

Now, of course, the company is on a winning streak.

In recent years, it’s opened its viral vector manufacturing facilities to other companies, using the revenue to finance R&D of its own gene and cell therapies.

In mid-2017, the U.S. Food and Drug Administration approved Novartis AG’s Kymriah childhood leukemia gene therapy. As the manufacturer of the viral vector for the treatment, Oxford Biomedica stands to receive a neat financial gain, including a share of royalties from future sales.

And in April, the University of Oxford struck a deal with AstraZeneca Plc for the British pharmaceutical giant to spearhead global manufacturing of the experimental vaccine and help run more trials around the world. AstraZeneca has lined up deals with multiple manufacturers to produce more than two billion doses, including Oxford Biomedica.

“Helping Oxford Biomedica get to where it is today is the most important thing I’ve done in my working life,” Diggle said. “We intend to remain a very significant investor until we feel it’s fairly priced, which we don’t think it’s anywhere near.”